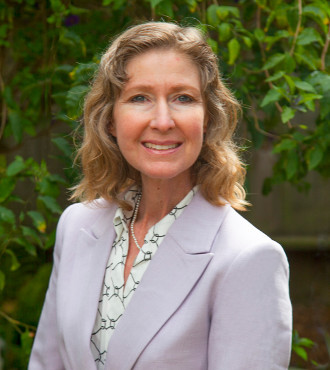 Laena’s relationship with California began when her ancestors came west traveling by wagon train in the 1850’s and settled in Sonoma. A few generations later her grandparents fell in love on the ferry from San Francisco to UC Berkeley, before the Bay Bridge was built. She and her two sisters spent their formative years growing up in the Bay Area as scholarship students at The Nueva School in Hillsborough. It was there, in the old Crocker Mansion that she developed her passion for art and architecture, and learned to think outside the box.

She achieved a BFA and MFA leading to a very successful career as a University professor. In addition she went on to have several roles in the diamond trade, selling, buying, consulting and managing millions of dollars of inventory.

When Laena and her fiancé Jeff engaged in their home search in a very competitive SF market, she took it on with a passion and it sparked her career in real estate. Working with the King Realty team they found a fixer-upper in Bernal Heights with a lot of light, space and potential - in need of a large-scale remodel. Laena jumped in with both feet.

“Remodeling in theory is straightforward. In reality it is much more intricate - the learning curve is a sharp one. Having a very lengthy home search and extensive remodel behind me, I assess potential properties with a very critical eye. I love educating my clients with the practical knowledge I gained through my own experiences.”

Along the way she developed a deep respect for Lance, Sierra and the King Realty Team, both for their expertise in the market and the care they took at every point in the transaction. With core values aligned, it made perfect sense for Laena to join the King Realty team.

“I strongly believe working with a realtor is more than just buying a home – it’s about having a partner you trust while making one of the biggest decisions of your life.”

NOTICE: All information is deemed reliable but is not guaranteed. King Realty Group does not limit or discrimination based on race, color, religion, sex, handicap, familial status, or national origin.